publicado em 10/02/2014
Pursuing LEED Platinum Brasília’s design team is pursuing the first LEED Platinum “New Construction” certification for a major sports stadium in the world. A Platinum level certification under LEED for a regular commercial building is by itself a major challenge, but for a stadium, much less a FIFA level stadium, it is a herculean effort! The key design opportunity identified by the team was in improving Overall Building Energy Efficiency a solution that could considerably differentiate Brasília from other FIFA stadiums in Brazil and around the world. Brasília has terrific solar incidence so solar energy, integrated into the building, became a top priority. It became paramount that there be space on the building’s structure (preferably the roof) to lay a 2.544 Megawatt solar system, generating approximately 3.5 million kilowatt hours per year. It should be noted that there was no meaningful solar power generation in Brazil in 2008 when the original design was made, and at the time of this writing, October 2012, the largest solar installation in Brazil is still a 1 Megawatt ground-mounted system (meaning not on a roof). The challenge was a significant one since Brazil had no solar legislation (net-metering) or incentive programs for solar energy in 2008. Over the last couple of years the Design Team has worked with government officials to create legislation, which will give the stadium operator the opportunity to generate its own power, and trade it with the grid. The Estádio Nacional de Brasília can become the first Net Zero Energy Stadium in the world! Costs are always a factor when building stadiums but the focus is usually on the cost of construction, and long-term costs, associated with building operation, are rarely considered. According to industry statistics on LEED buildings a LEED Platinum certification requires an additional investment of between 4-7% of total cost of construction and yields a return on investment in less than 10 years. Assuming stadiums are properly maintained they should last 50-75 years. Considering the long-term financial benefit of an EcoArena and the reduced “negative externalities”, or indirect costs, associated with its environmental impact, the case for investing with an eye on the long-term is clear and will become a new industry standard. Legacy The legacy of Brasília’s Arena, shall be a portfolio of the greenest and most sustainable stadiums on earth; Arenas that become the green seeds at the center of future smart cities all over the country; an effort in Brazil recognized as a model for the world to follow, and improve upon. 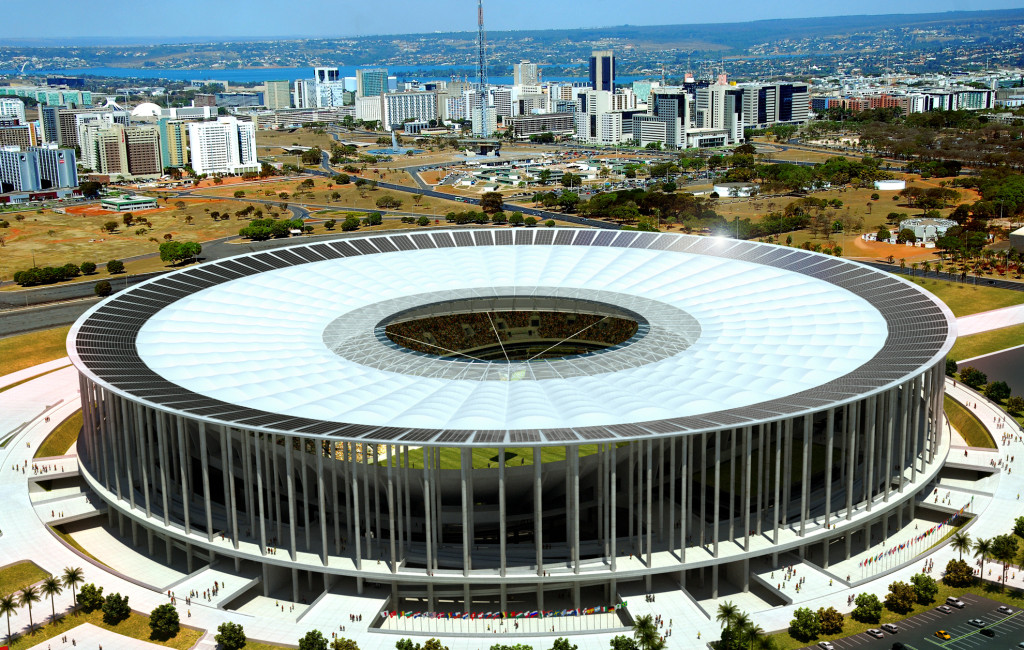 • Position the stadium in an existing built environment, with ample access to public transportation, in a central location where arrival by foot and bicycle transport can be encouraged.

• Dramatically improve the stadium’s overall energy efficiency, in the order of 50%-120% through quality lighting, ventilation, air conditioning and automation design, coupled with renewable energy generation integrated into the stadium’s roof, which will become the largest solar PV system in Brazil.

• Reduce by more than 50% the consumption of public, potable water through strategies of water capturing for reuse, utilization of efficient water consuming fixtures (toilets, urinals and faucets) and irrigation free landscaping.

• Restore habitat by adding green space where there was none before and transform parking areas into rich, diverse biospheres.

• Maximize natural ventilation using a 360-degree, breathable façade with open columns, which can benefit from the highly variable winds of Brasília.

• Utilize recycled materials in construction and manage materials during stadium operations to reduce landfill waste. This includes high levels of recycled content in concrete and steel and using a green marketing & operations philosophy to compost materials such as plates, utensils and cups mixed with food waste in a full-cycle process that can be managed on-site. The goal is to achieve +90% landfill diversion rates during stadium construction and operation. 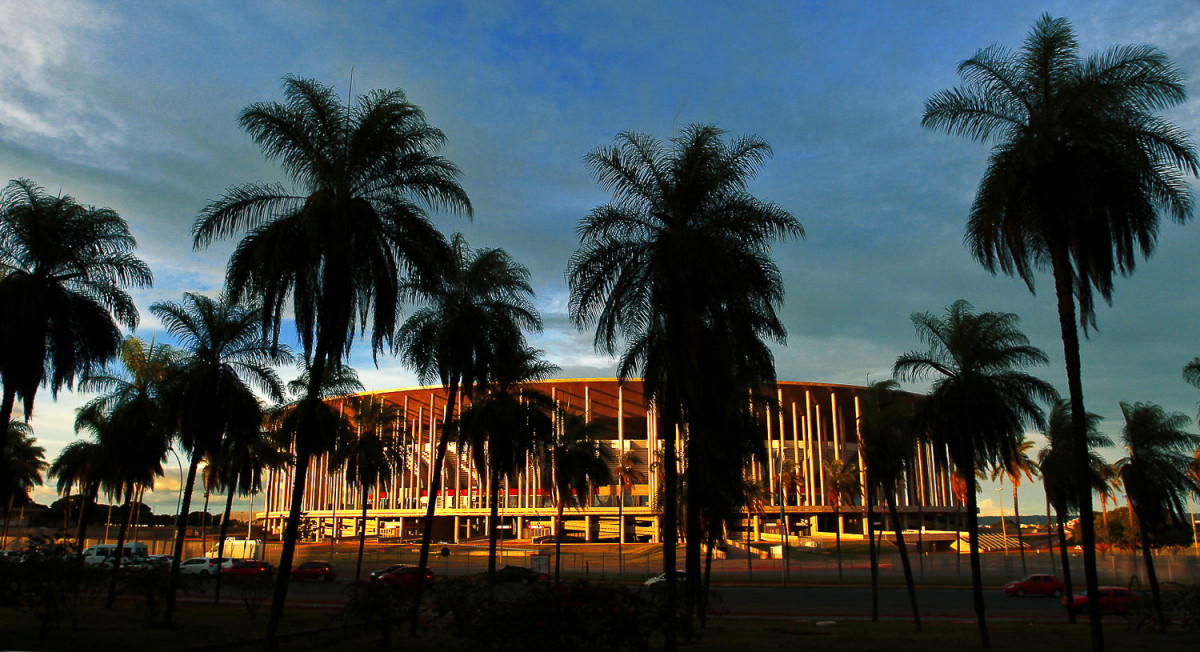 The city of Brasília is located in the cerrado region of Brazil, an area known as the Brazilian savanna. The climate of the cerrado is very dry, has lots of sun (high solar incidence) and scarce water resources. These three climate factors were the key drivers in our sustainable design decisions. Despite the strong sun, the low humidity creates a very comfortable environment when in the shade, especially, when there is a nice breeze. 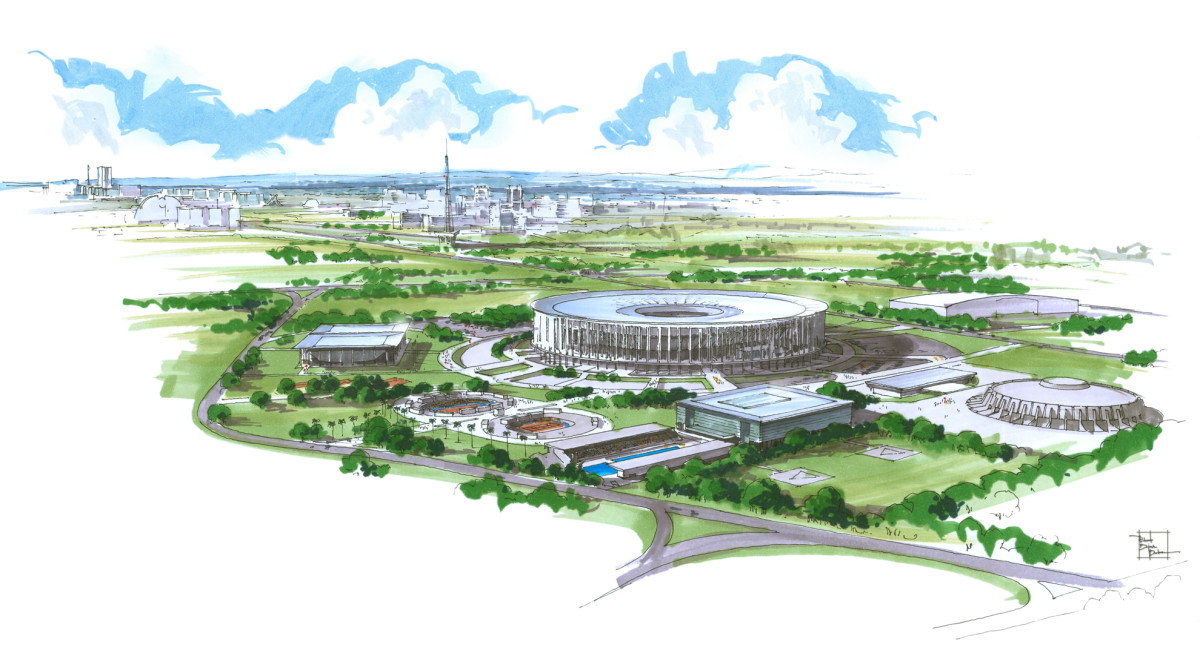 The city and its people must fall in love with their Arena, the sports teams that play there, the entertainment it provides and more importantly, enjoy the general communal experience the stadium provides. While much work goes into creating a safe and healthy environment inside the building the Arena does not stop there. A serious effort and partnership with city officials has been made in order to guarantee the safe arrival and departure of visitors and to reduce the impact of carbon emissions related to fan travel, which on average is responsible for more than 70% of total carbon emissions. Incentives for walking, biking and the use of public transportation are critical elements of the sustainability strategies for Brasília and we have included more than 3,500 total bike valet parking spots on site, of which more than 1,400 are inside the building and at ticketing gates.

When we tell people they will be able to ride their bikes right into the stadium and drop it off with a Bike Valet, you can see it in people’s eyes, that this is going to be a NEW stadium experience.

The entire surrounding site of the stadium has been designed to create a pleasurable, healthy experience before and after going inside the stadium. More than 6,000 native plant species will be planted on site creating a rich and diverse park open for all to enjoy. Walkways will be permeable for water absorption into the soil and lightly colored for reduced Heat Island effect. Bio swales will capture and direct stormwater run-off from parking areas, cleaning the water and removing chemicals and suspended solids, which will be deposited in a man-made lake for later re-use inside the stadium.

These strategies, and many more, implemented in the Brasília Arena, like recycling and composting materials, will allow stadium visitors to learn about sustainable living, landscaping, engineering, design and building and hopefully, bring pride to residents of Brasília. 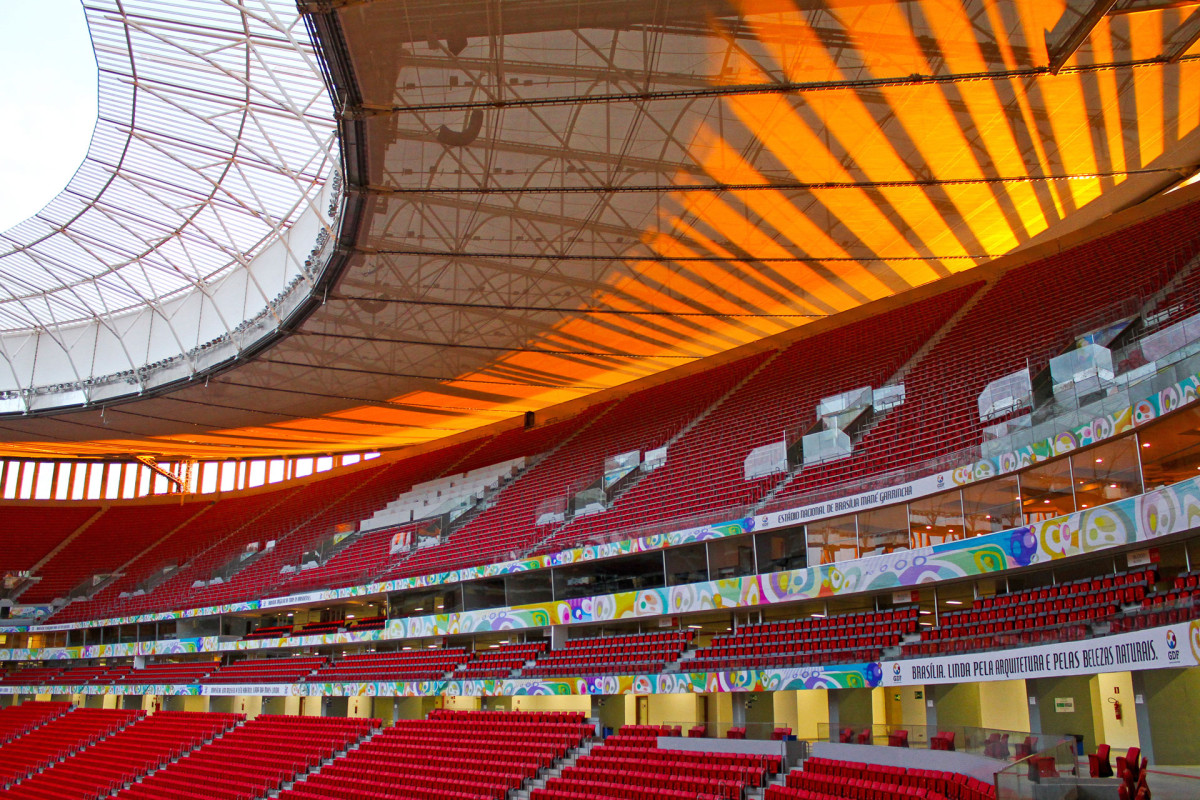 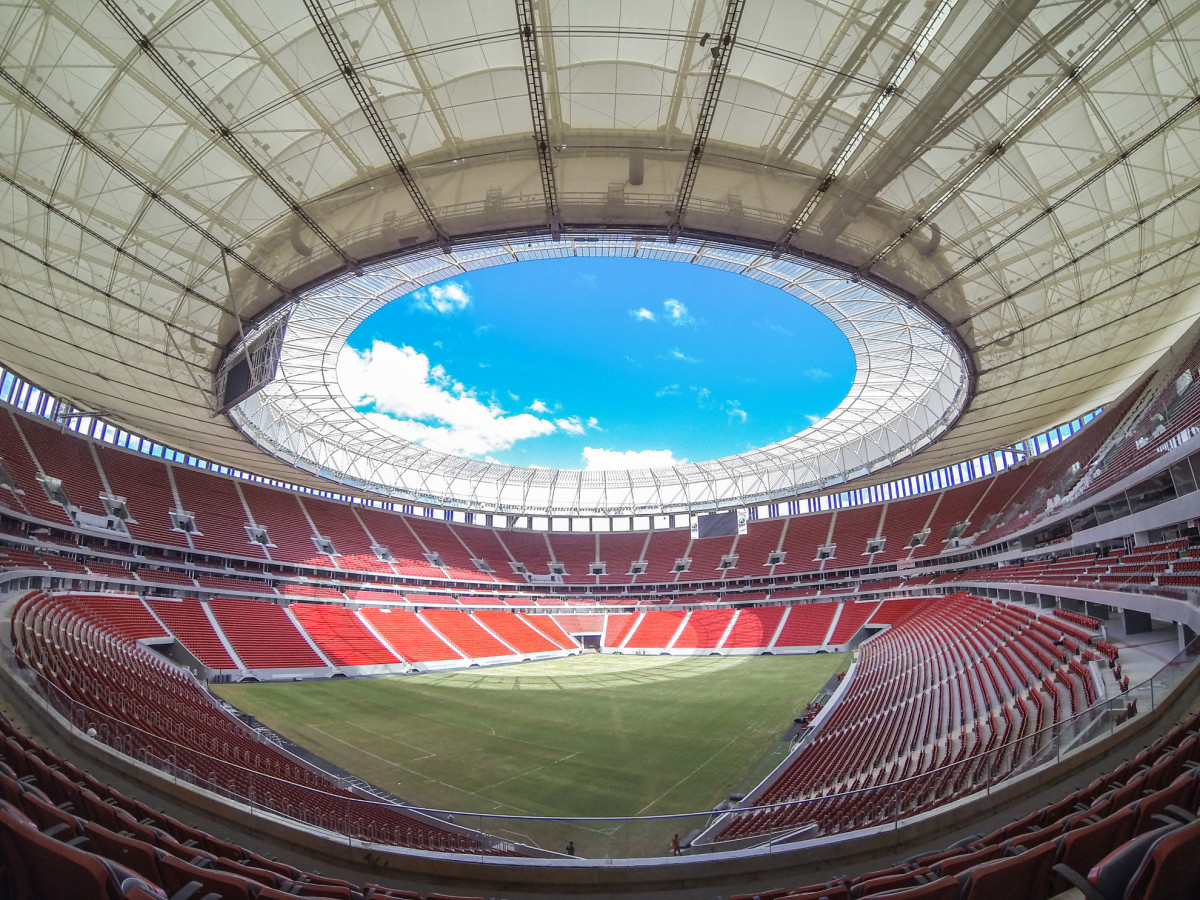