The city of Brasília is located in the cerrado region of Brazil, an area known as the Brazilian savanna.  The climate of the cerrado is very dry, has lots of sun (high solar incidence) and scarce water resources.  These three climate factors were the key drivers in our sustainable design decisions.  Despite the strong sun, the low humidity creates a very comfortable environment when in the shade, especially, when there is a nice breeze.

Brasília’s design team is pursuing  LEED Platinum “New Construction” certification for a major sports stadium.  A Platinum level certification under LEED for a regular commercial building is by itself a major challenge, but for a stadium, much less a FIFA level stadium, it is a herculean effort!

The key design opportunity identified by the team was in improving Overall Building Energy Efficiency a solution that could considerably differentiate Brasília from other FIFA stadiums in Brazil and around the world.   Brasília has terrific solar incidence so solar energy, integrated into the building, became a top priority.  It became paramount that there be space on the building’s structure (preferably the roof) to lay a 2.o Megawatt solar system, generating approximately 3.5 million kilowatt hours per year.

It should be noted that there was no meaningful solar power generation in Brazil in 2008 when the original design was made, and at the time of, October 2012, the largest solar installation in Brazil is still a 1 Megawatt ground-mounted system (meaning not on a roof).

The challenge was a significant one since Brazil had no solar legislation (net-metering) or incentive programs for solar energy in 2008.  Over the last couple of years the Design Team has worked with government officials to create legislation, which will give the stadium operator the opportunity to generate its own power, and trade it with the grid.   The Estádio Nacional de Brasília can become the first Net Zero Energy Stadium in the world!

Costs are always a factor when building stadiums but the focus is usually on the cost of construction, and long-term costs, associated with building operation, are rarely considered.  According to industry statistics on LEED buildings a LEED Platinum certification requires an additional investment of between 4-7% of total cost of construction and yields a return on investment in less than 10 years.  Assuming stadiums are properly maintained they should last 50-75 years.  Considering the long-term financial benefit of an EcoArena and the reduced “negative externalities”, or indirect costs, associated with its environmental impact, the case for investing with an eye on the long-term is clear and will become a new industry standard. 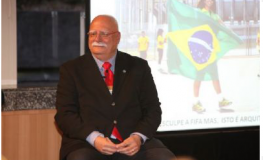 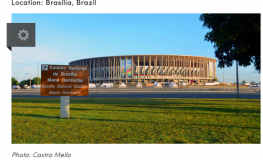 publicado em 03/07/2014 With the world cup currently obsessing much of the world, we've decided to turn our attention to the design of sports stadiums, as we bring you 10 of the world's most innovative and spectacular sporting venues, from the beautiful complexity of the Beijing National Stadium (also known as the Bird's Nest) to the classic coliseum-like architecture of the Estadio Nacional in Brazil. ... Saiba mais. 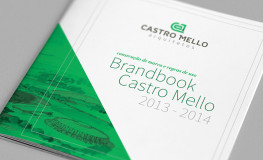 publicado em 05/06/2014 For more than 70 Years Castro Mello Architects are innovating for generations and and now we are proud to present our new brand in 2014. ... Saiba mais.